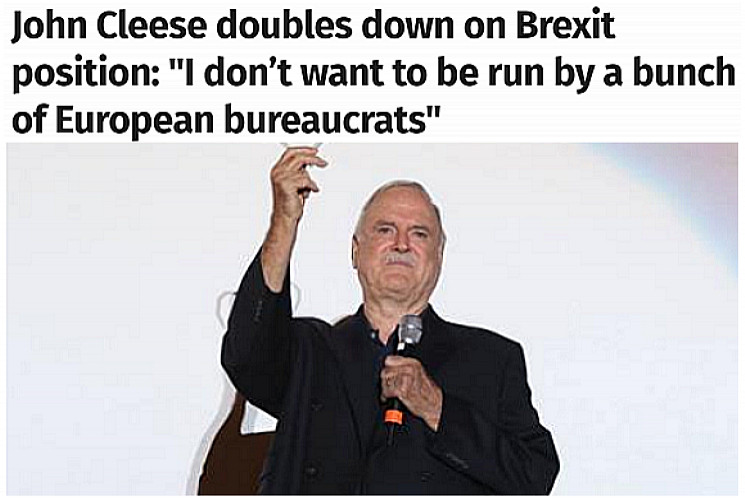 The Monty Python and Fawlty Towers star admitted that “it will be five years before we know if it was a good thing or a bad thing, or if it will be a hard of soft exit”, but added that he supported the possibility of the latter option.

Cleese was speaking to Screen at the Sarajevo Film Festival, which he has been attending this week to accept the festival’s top prize, the honorary Heart of Sarajevo.

The actor said he was humbled by the experience but that he doesn’t regard himself as a major figure in film.

Cleese will next be seen in BBC series Edith alongside Alison Steadman, which recently wrapped its shoot.

Having previously claimed he would never work with the BBC again, the actor said that the quality of the script, written by Oscar-nominated screenwriter Charles McKeown, had changed his mind.

He added that while he “loved the people” involved, he had “hated the process” because it was “repetitive and boring”, saying that he now preferred writing and is currently working on his second autobiography.

Cleese was also highly critical of the UK press during the interview.

“I think the British press, almost without exception, is a disgrace. They don’t do the basic job of a journalist which is to report the truth as accurately as they can. They’re propaganda sheets,” he commented.